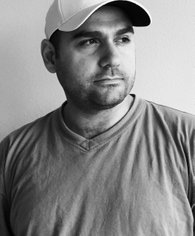 Marsel Nichan is a versatile composer living in Stockholm. As a composer, Marsel constantly balances between several sources of cultural inspiration. In that sense, he is a time-typical representative of a growing composer generation that is increasingly being influenced - impressions / expressions - from a multicultural society. For Marsel personally, this complex diversity is not formed into separate incidents or decorative splashes of color, but rather a sort of artistic wholeness, an insoluble composite or alloy. Today's expansive soundscape provides a treasure trove for his creation, a constant source of inspiration and renewal.

Marsel Nichan's music is dramatic - for him, all the elements of the music are equally important, because he feels that it is the only way composers can create a holistic picture of what they  want to express with their music.

In 1999, Marsel started his music studies at Växjö cultural school. After that he continued his studies in composition, theory, orchestration, conducting and arranging at Linnaeus University. He has studied musicology (D) at LNU and EAM composition at EMS. In 2013/2014 he took studies for Mika Eichenholz (Master Class in conducting), which was also of importance.

Marsel runs a small record company since 2012. He is also chairman of the contemporary music association Media Artes and founder/producer of the cultural association Nuova Arte.